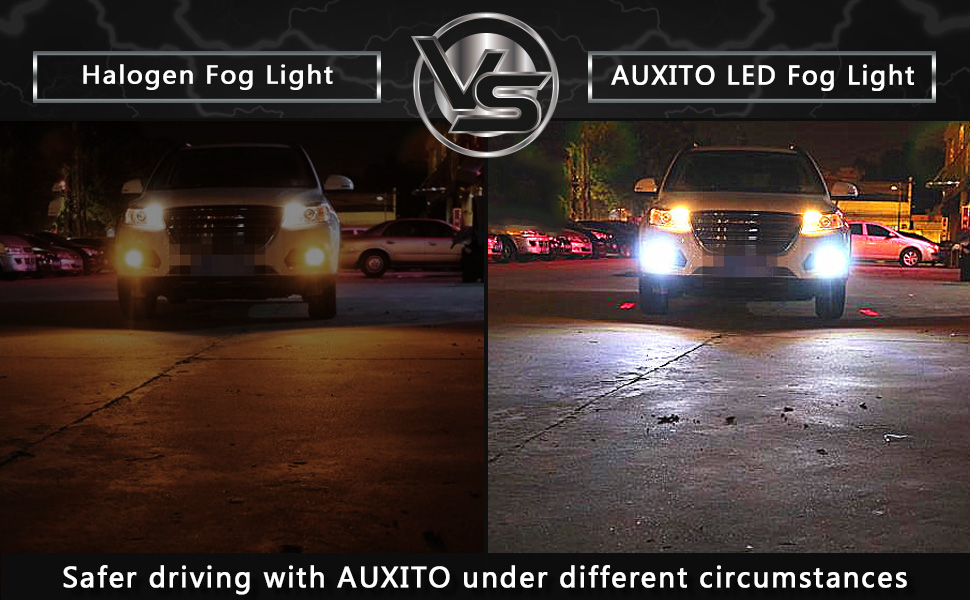 Love the new look. Nights are a lot brighter now thanks to my new LED lights!

C
Customer
What is your vehicle's year, make and model : 2008 Chevrolet Corvette

I ordered the H11 LED fog lights in white. They showed up fairly quickly put them in and found out they were yellow. Not good. Contacted the company by email and told them the issue. They got back to me in a couple days. They needed a pic of my truck with the lights on to verify. Did all they needed. A couple days later I received an apology and as told another pair was on the way. They arrived in a few days. Good bulbs and service.

Brighter than halogen bulb or my previous LED bulbs. Measured wattage is (12V 3.6A) 43.2 W/bulb. The previous LED bulb I used lasted 2.5 years which was about 24W actual watt. Time will tell how long they will last.

Very happy with the product

This was definitely a marked improvement. The clean white light brings out details of road and side objects. Reflective signage pops out.