M
Manav Rajpal
What is your vehicle's year, make and model : Maruti Suzuki Swift Dzire
best led fog lights available in the market with the best price and output

Excellent night vision, I replaced my car's halogen lights with these auxito led bulbs for fog lamps and it has increased the vision and also have resulted in improving the road visibility and now my car also has an excellent road presence with the vision and output which thus helps during overtaking and driving at night without any hassle even in fogs I am able to drive with confidence. These bulbs were easy to install we have to just remove our previous bulbs and insert these ones as they are plug and play. 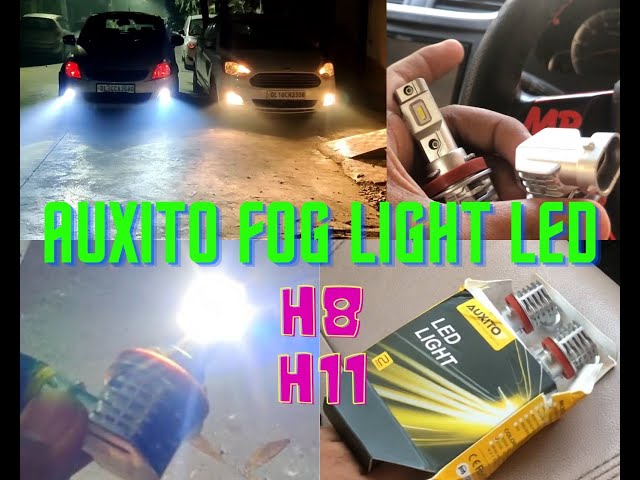 I wanted to replace the standard OEM fog lights on my 2012 Frontier with some LED lamps in hopes of improving my visibility during night driving. This have been a huge improvement. They were quite simple to install; took me about a minute to install each side. The only catch is that the price is for 2 bulb. Based upon pricing from other manufacturers, I thought the price was per bulb so I ordered two sets of two bulbs. Oh well, I guess I’ll have a spare in the event they don’t last as long as I expect.

K
Kevin
What is your vehicle's year, make and model : 2012 Corolla
Fog lights

Very bright and illuminate where you expect them to

better than stock but thought they would have been brighter

They are great, I can see where I'm going now. Easy install.

Superb brightness, i have change my fog and low beam with Auxito, highly impressive