All You Need to Know about LED Headlights

LED headlights are becoming more and more visible on our highways. This is mainly because they improve visibility and save maintenance and repair costs over the life of the vehicle.

A brief history of LED headlights

The first full LED headlight system was introduced a decade ago, as was the first car with all-LED headlights, steering lights and daylight running lights. Until now, LED headlight technology has been limited to high-end cars. However, since the introduction of LED headlights as standard, carmakers have been democratizing this innovation, making it available globally at affordable prices. A 2012 study showed that most new car buyers wanted LED headlights, while 70 percent of respondents were willing to spend more on LEDs.
Learn More: https://auxito.com

How do led headlights work?

Unlike halogen bulbs, they have thin filaments that degrade over time and eventually fail. That's why halogen lamps last 5,000 hours, while LED headlights last 22 years while reducing maintenance costs.

When comparing efficiency, LEDs are more efficient than xenon and halogen bulbs because they use less energy to produce the same amount of light. LEDs are actually more economical because only 20% of the energy they generate is wasted, compared with 40% for xenon and 80% for halogen bulbs.

The quality of the light emitted by the LED headlights was improved, resulting in a color temperature of about 6000°K, located on the blue side of the scale. This makes them hotter than the 4000°K produced by xenon lamps. The blue headlights are brighter and provide a sharper contrast to the driver, making it easier to identify objects in the dark. The lights improve one's driving experience while reducing obstacles for other road users. Blue LED headlights are also suitable for foggy or low-visibility conditions, thus providing drivers with more reaction time and improving their road safety.

LEDs provide an even bigger improvement to auxiliary high beams, which use sensors to identify other vehicles' taillights and headlights and automatically activate the vehicle's high beams, as long as the road ahead is clear or dimmed when the vehicle ahead is approaching.

On the other hand, the matrix led will darken when the front vehicle is in range but continues to cast a full high beam around the area. LEDs are arranged in rows and columns that can be instantly activated or turned off to control the beam and prevent it from interfering with other drivers.

Extremely bright, exactly what I was looking for when I was shopping for bulbs. And you’re guys service was great! 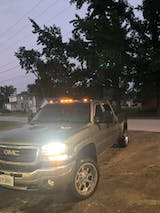 Great lights for the affordable price. Nice n bright and so far i have no problems with it….👍

I swapped out the headlights and fog lights for my car and truck and the difference is amazing!! 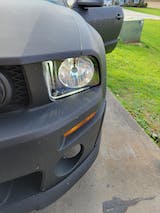 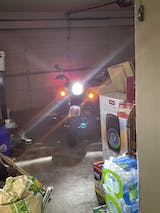 97-04 Corvette halogen headlights are horrible. These Auxito LED headlights changed my headlights from barely legal to fantastic in minutes!